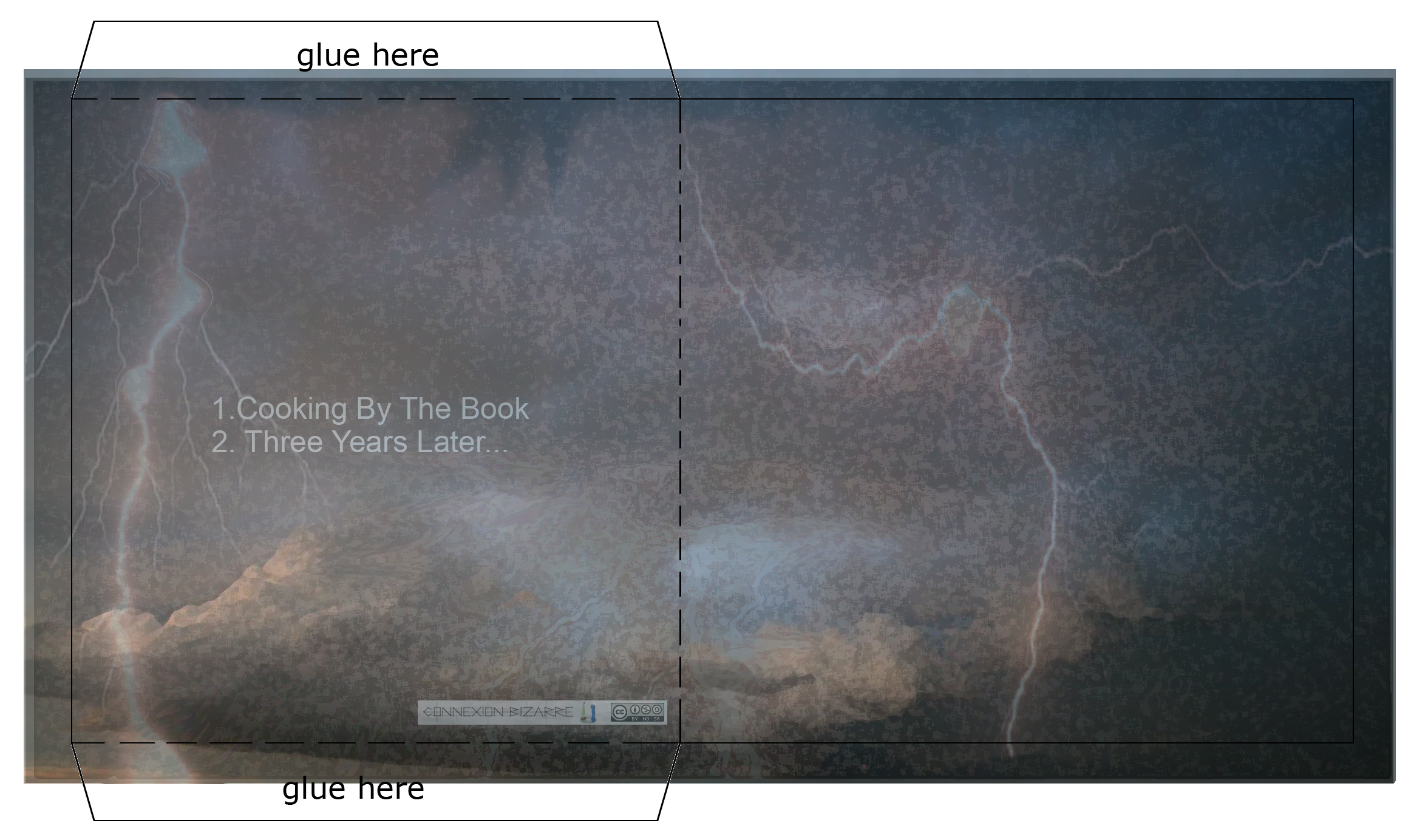 Esperik Glare is Charlie Martineau. Charlie has been manipulating sounds since the summer of 2004 as a means to keep his sanity living in the abyss called Wyoming.

Both these tracks contain source material recorded at the end of 2007 and edited in 2010 by Esperik Glare. The source material for "Cooking By The Book" was the first time Esperik Glare ever preformed live. The effort was made all the better by the amazing contributions from Richard, Heather and Matt behind the mixer.

"Cooking By The Book"
Source Material taken from a live recording on 12/8/07 on KFJC
Esperik Glare was: Charlie Martineau, RK Faulhaber, Heather Faulhaber and
Matt Waldron (mix). Original recording Engineered by Ryan Peterson.
Recording re-arranged and processed April and May 2010.

Artwork by Esperik Glare with additional Layout by M.